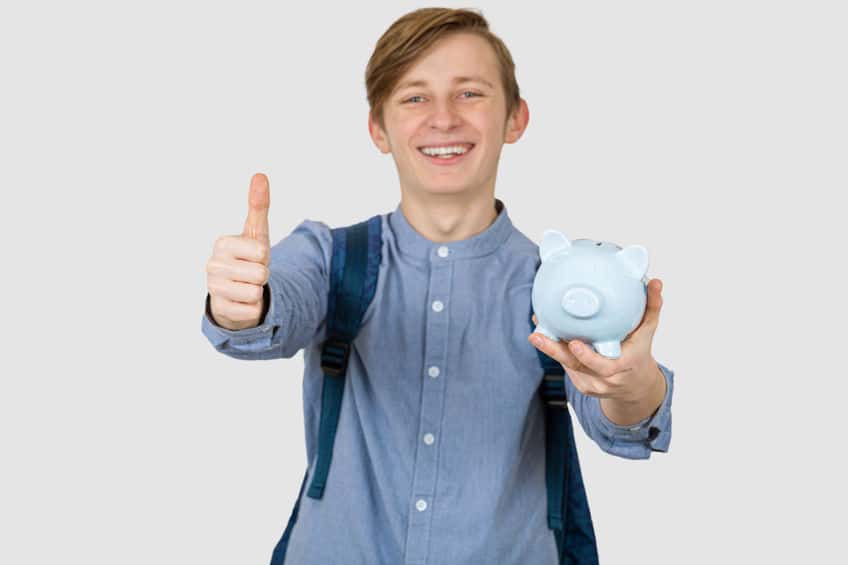 Almost everyone (at least anyone around my age) knows the iconic “Silly Wabbit” that General Mills used to include in their commercials for Trix cereal over the the past sixty years. He usually disguised himself in a vain attempt to get some of the fruity and colorful cereal only to be thwarted and reminded that, “Silly Wabbit, Trix are for kids!”  His hopeless effort to get some sugared cereal were part of my childhood TV viewing experience. And yes, I did appreciate that as a grown man, no one was going to stop me from going to the local grocery store and getting a box of sugared cereal or candy if I wanted to.

But you know, along the same lines I find that a lot of folks think that Roth IRAs are only for adults. I also find that people don’t set them up until they are in their late 20s or early 30s at the earliest. I really am not sure why.  They might think a child or teenager isn’t eligible to get an “adult” retirement saving and investment vehicle, or that it wouldn’t make sense yet. Of course, that probably comes from conventional thinking since I have yet to see any animated advertisements where some financial guy jumps out and snatch Roth IRA paperwork from a teen declaring “Silly kid, Roth IRAs are for grown-ups.” But hey, you never know right?

In reality though, a grown-up can obtain sugared cereal at the store without resorting to nefarious means, and a child or teenager can make use of the adult-seeming Roth IRA. In some cases, it makes a good deal of sense. It’s never too early in life to start planning for retirement or to start taking advantage of the good side of compound interest. In my house, Roth IRAs aren’t just for grown-ups, all three of my daughters have had them since they started earning income as very young teenagers and they each have saved over $20,000 so far, with a little coaching from their ol’man.

So, how do we do it?  First off, a Roth IRA can be started at any age. The only requirement is that they have earned income. Often teenagers start earning income the age of fourteen or younger depending on the labor laws your state. In some specialized cases, where a child does some commercial acting or modeling, for example, it might be even younger.  Now it does need to be legitimate income. Paying your kids exorbitant wages to do household chores probably isn’t going to pass muster with the IRS. In most cases, it’s a typical teen job in retail or the service industry with income that is accompanied by a W-2. The teenager’s income must be earned in the year of the contribution, and any investment income earned does not count.

If your child has not yet reached the age of a legal adult in year state (usually 18, but in some states a little bit older), the account will need to be set up a custodial Roth IRA, usually with parent having control until they become adults.

The real beauty of a Roth IRA is that when qualified withdrawals do begin, they are taken out tax-free as opposed to a traditional IRA that withdrawals taxed at ordinary income rates. The trade-off is that contributions are not tax deductible in the year they are made, and are instead made with after tax dollars, unlike the traditional IRA.  But getting a deduction is usually of little consequence for most teenagers since they often pay little or nothing in income tax on the small incomes they make. In addition, when our kids finally do make withdrawals years later, they are almost always in higher tax bracket (at least we parents hope they are) than they were as teenagers and want to avoid taxable income.

Currently, Roth IRA contributions are capped at $6,000 per year, or $7,000 for those older than age fifty. Another nice feature is a parent or grandparent (or anyone for that matter) can contribute to their child or grandchild’s Roth IRA. They just need to stay under the $6000 limit and can’t contribute an amount greater than the child’s earned income. If a child were to earn $3000 over a summer washing dishes at the local diner, the parents can let the child keep that money for their own use or savings and contribute up to $3000 out of pocket to the child’s custodial Roth IRA. They could also do some sort shared contribution between themselves and their teenager as long it meets the earned income requirement. The IRS isn’t concerned about the source of the money for the Roth IRA, but there needs to be verifiable earned income by the child that is at least equal or greater than the contribution.

As we begin to close out 2020, let’s together begin to formulate our 2021 resolutions. Let’s, you and I, make a commitment to help three teenagers learn about and implement Roth IRA’s in 2021.  Folks, the more financial stability we can give our kids, the greater impact we can have for future generations to come.

And let us, as adults, not be that “Silly Wabbit” because Roth’s are for kids!

Have a great week folks.

Retirement Challenges in an Uncertain Economy